During 2nd quarter at Centennial Junior High School, students took a survey on new electives they might want or be interested in. They were asked what foreign language, career, and fun classes they would like to have at school. The answers were interesting. In total 34 students were polled. 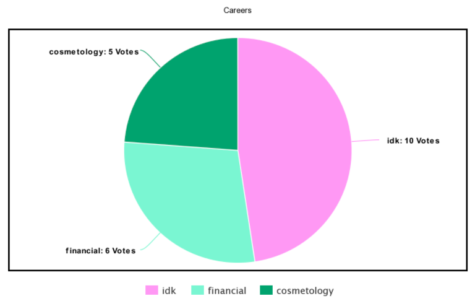 Based on the responses, many kids like the classes we already have, but others not so much. In my opinion having a different foreign languages than we already provide is a good suggestion because it can help kids connect to their past and ancestors. It would also be good if we had a different career class because I know there are kids who don’t know what they want to do with their lives. Another good suggestion I think we should have is a “free” class where we just catch up on work and socialize because sometimes we need a break and it isn’t good to be overworked all day.