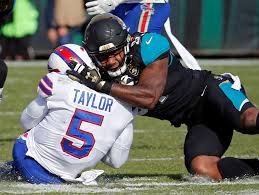 Do you think that there should be more or less rules about targeting? From midget football all the way up to the NFL there are rules to prevent people from getting hit in the head, and they are still adding more to prevent head injuries. There have been lots of opinions about targeting and the majority say that they should add more rules, not too many, but there are a few who have said that should be less.

What targeting is and what it means

Targeting in the rulebooks is described as the “act of taking aim and initiating contact to an opponent above the shoulders with the helmet, forearm, hand, fist, elbow or shoulders.” Another way to say it, anything other than playing the ball on a legal tackle will result in a targeting penalty.

Here are some professional opinions from players, owners, and reporters on targeting. The cornerback for the 49ers, Richard Sherman, spoke out on his opinions against targeting, “It’s ridiculous” he said  “They’ll see how ridiculous it is, once they make the refs call it. It’s going to be worse than holding, worse than the catch rule. On a good form tackle, guys will lead with their shoulder pads, but you bring your head. It’s going to be a disaster.” Another player who spoke out is Washington Football Teams safety, D.J. Swearinger thought the rule would have unintended consequences that could lead to injuries.

In an article by CBS Sports they interviewed many players and got many answers most of them talked about how the players thought that the league has to many rules on targeting and how they can’t tackle properly anymore because you can only tackle people by the legs and could hurt people’s knees which in some cases can be worse than a minor concussion. Players such as Jets tight end, Dustin Keller, was injured by D.J. Swearinger because of one of the new rules which caused him to dive at his legs and to make the tackle, this hit that was made on Dustin Keller ended his career, but if D.J. Swearinger would have been able to tackle higher than this might not have happened.

In Middle school and High school there are lots of rules about head to head contact to protect the athletes. These rules are here to help stop head and any other injury could happen. In any division of football a targeting call gets you a 15 yard penalty, automatic first down, and in some leagues the player will be ejected.

In the Collegiate level of football there have been many rules added to save the athletes and help them to stay safe and make it so they can continue their football careers. In college football if you get called for targeting you will be ejected from the game. Directly after the targeting gets called there will be an immediate instant replay to see if the player used the top of his helmet to hit the opposing player above the shoulder pads. This can affect the call by either overruling it or having the call stand.

In conclusion, there are many rules and regulations against targeting in middle/high school, college, or the NFL. After reading about all the rules, did your opinion change or stay the same. I believe that right now has the perfect amount of rules for targeting!